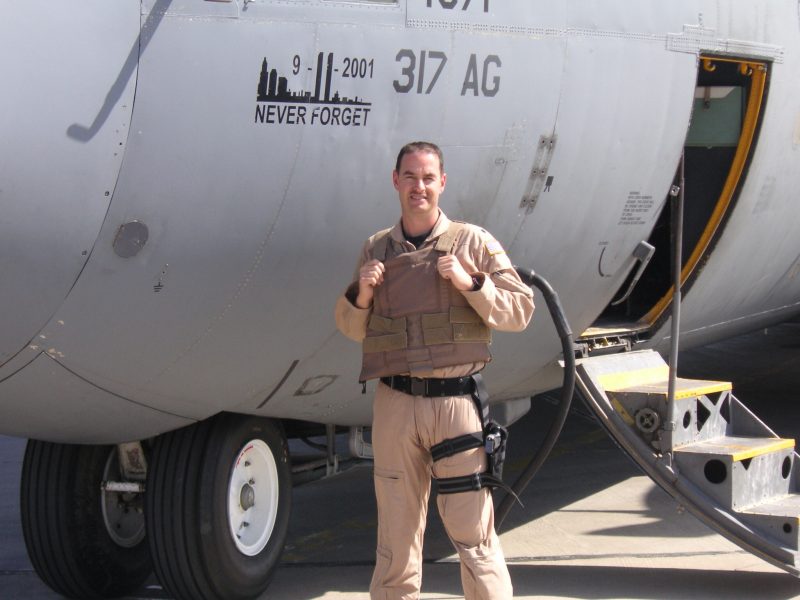 Lt. Col Jim Barlow is a native of Counce, Tennessee, the youngest of 4 children born to Robert and Peggy Barlow. After graduating from high school, he entered the United States Air Force Academy and graduated with the Class of 1984.

Upon completion of Undergraduate Pilot Training at Rese AFB in Lubbock, Texas, Jim spent the first six years of his career in Japan. His first assignment was Kadena AB, Okinawa as an HC-130 Combat Rescue Pilot, then he went to Yokota Air Base near Tokyo, Japan.

After 6 years in the Pacific Theater, Jim returned to the United States to Little Rock AFB, Arkansas, followed by an assignment in San Antonio, Texas. Here he learned of others from Tennessee who had gone to Texas. Sam Houston was governor of Tennessee before he moved to Texas and became a general in the Texas Army then later governor of Texas. Davy Crockett represented Tennessee in the U.S. House of Representatives before moving to Texas. Crockett was one of 32 Tennesseeans who gave their lives to defend Texas at the Alamo. Of the some 200 Americans who died there, more were from Tennessee than from any other state.

Jim decided Texas suited him well and stayed in Texas, moving to Abilene for his next assignment. He was serving as Operations Officer for the 40th Airlift Squadron when America was attacked by terrorists on September 11, 2001. He was responsible to get all of his 14 aircraft and over 200 people ready to fly combat missions and by November of 2001 , he went to the desert of southwest Asia and began leading his team into combat. By the time he finished flying, he had over j4,950 hours in the C-130 Hercules aircraft, including 446 combat hours. His travels have taken him to more than 50 countries spanning 6 of the 7 continents. After one final assignment in San Antonio, Jim retired from active service with more than 26 years in univorm. He immediately transition to work as an Air Force civilian and now is a Program Manager, helping teach pilots from Afghanistan to fly and defend their country. The accomplishment he is most proud of is team recognition-through his final flying assignment, every unit to which he was assigned was formally honored for ther Meritorious and Outstanding performance, which included an award for valor in combat. He was also awarded the Bronze Star and Air Medals.

Lt. Col Barlow is married to the former Karen Knight of Abilene, Texas. Their son Nicolas graduated from Baylor University, and their daughter Shelby graduated from Texas A&M University from the University of Texas San Antonio’s Doctor program in physical therapy. 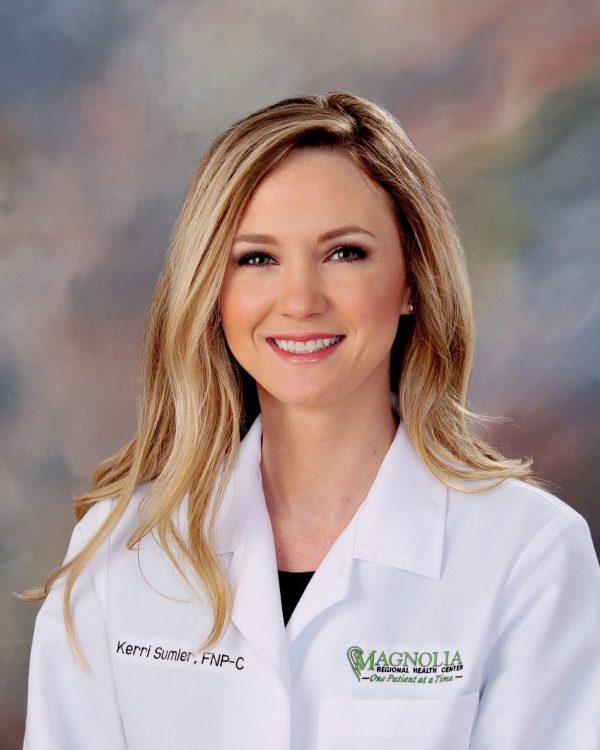 My name is Kerri Sumler and I am a 2001 graduate of Pickwick Southside School and currently work as an Internal Medicine Nurse Practitioner at Magnolia Regional Health Center. I attended PWSS from 1st grade until I left for high school in the 8th grade. Many of my childhood memories involve the time I spent at this school and the faculty there who helped shape me into the person I am today.

After leaving Southside, I attended Adamsville High School where I was a triathlete, Wendy’s Heisman Nominee, and graduated with honors in the top 10 of my class. Following high school, I went on to receive my Bachelor’s of Science in Nursing at the University of North Alabama. I spent the following 7 years working emergency medicine in the tristate area including Alabama, Mississippi, and Tennessee. In 2017, I graduated from Middle Tennessee State University with a Master’s in Nursing and have since pursued a career working with a team of physicians in an internal medicine program at Magnolia Regional Health Center.

The education I received while at PWSS aided me throughout my academic journey. So much so, that I sent my firstborn son to school there and drove out of county his last year to keep him enrolled. He completed his elementary and middle school education at Southside as Valedictorian of his class. As a former student and mother, I know how important education can be and I am thankful for the many teachers who helped mold a deep love of learning into my life and the children in this community.
The warm atmosphere and intimate teaching setting with focus on family involvement at PWSS is evident in the success you see in their students. I am most thankful for the lifelong friendships I developed at this school. While I may not remember the names of all my college professors, the teachers at PWSS had such an impact on my early childhood I can list every teacher I had there to this day. I credit my love of reading to Mrs. King, my understanding of the importance of adjectives when writing to Mrs. Moore, my first understanding of anatomy while dissecting various animals to Coach Davis, and can still manage to help my son with his freshman year algebra thanks to Coach Mitchell. Quite honestly, no class was as creative and fun as Mrs. Sutton’s 3rd grade when her students “camped” and learned about the history of Native Americans throughout U.S. History.
I truly believe all these memories were so impressionable due to the love of teaching you will see in the faculty at PWSS. As a former student, I am honored to write this to you and proud to be a part of the Pickwick Southside family.
Kerri Sumler, APRN, MSN, FNP-C
Pickwick Southside Class of 2001
Brandon Perkins

My name is Brandon Perkins. I am a PWSS graduate c/o 1995. I am married to Tisha Perkins and we have 2 awesome little girls Laken (10) and Lola Fisher (8). We still live in Pickwick. Pickwick Southside will always have a special place in the heart. I’ll always remember my awesome classmates, teachers, and coaches. PWSS no doubt helped to develop me into the man I am today. I love the small town family atmosphere that Pickwick offers while still able to receive a great education. I currently work for Kindred Healthcare in Booneville MS as a sales rep. I’ve been in medical sales for 16 years now. I also just finished up my 1st season as a professional bass fisherman in the National Professional Fishing League. I was fortunate to win 1st place at Pickwick in July and finished the season in 2nd place overall in the Angler of the Year Points Standings. I’m so thankful for Pickwick Southside and what it has meant to me throughout my life.